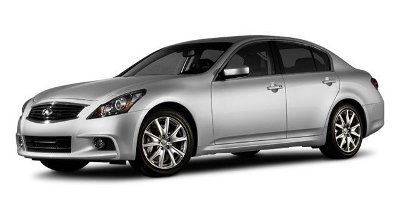 The Infiniti G35 and G37 coupe and sedan were initially introduced as upscale competitors to the BMW 3 Series, and it wasn’t long before these sporty vehicles were embraced by the tuning crowd as well as the young professional demographic that they were initially targeted at. Thanks to the fact that both vehicles share significant platform characteristics – and engines – with the Nissan 350Z –
370Z, the aftermarket has been able to fully equip each automobile with a wide range of go-fast goodies.

The VQ engines found under the hood of the Infiniti G35 / G37 offers up a sweet, mellow exhaust note right from the factory, but given the tuning potential of these particular motors it is no surprise that aftermarket exhaust companies have stepped up with an appealing range of muffler, header and other performance options for the vehicle.

The Infiniti G35 / G37 is available with the following engine:

The G35 / G37 isn’t priced quite as high as its German rivals, but its fairly lofty MSRP meant that its exhaust sound was designed to complement the vehicle’s performance, not raise hairs on the back of the neck. The similarities between the Infiniti and the 350Z / 370Z, however, has meant that aftermarket companies were able to easily repurpose most of their Nissan parts for the luxury sport model, which in turn allows owners to go as mild or as wild as they want to when it comes to sound and performance.

Like the Nissan 350Z / 370Z, the exhaust parts available for the G35 / G37 are mostly sourced from Japanese tuning specialists, with a few traditional American companies thrown into the mix for good measure. Turbocharging is not an uncommon modification for this vehicle, which means that specialized, full exhaust systems can be had for the vehicle. It is also possible to swap out individual components such as mufflers, X pipes and catalytic converters in order to build a completely custom exhaust solution using parts from these vendors.

1. Turbo, supercharger or all-motor? Your exhaust needs are going to be tied to whether you decide to go with a power-adder or not. A complete system is recommended to get the most out of any forced-induction mods for the G35 / G37.

2. All-wheel drive fitment. The G35 sedan was available with an all-wheel drive option, as were certain editions of the later G37, which means that not all exhaust systems might fit underneath the chassis. Ask before ordering and save yourself the headache of having to return open-box parts.

3. Don’t assume Nissan parts will fit. The G35 / G37 and the Nissan 350Z / 370Z are built on the same platform, but wheelbase, engine placement and underhood / chassis details are different for each vehicle. Don’t assume that Nissan exhaust components will automatically bolt right on to your Infiniti.