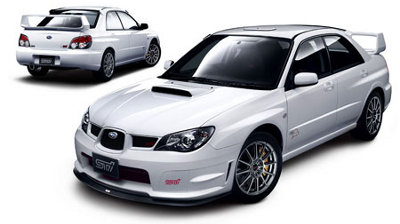 For many years, the Subaru Impreza humbly presented itself as a competent sedan with a practical wagon option, largely anonymous in the world of automotive performance. That all changed in 2002 when Subaru decided to start importing the turbocharged WRX edition of the Impreza to the United States. This rally-inspired, all-wheel drive automobile quickly became the darling of the sport compact aftermarket, and as the years went on ever more potent editions of the WRX, such as the STI, made it to American shores.

The Impreza WRX’s turbocharged engine benefits significantly from the deeper breathing that an aftermarket exhaust system can offer. Given the car’s deep roots in the World Rally Championship, it’s not surprising that this particular modification easily available from a wide range of different exhaust manufacturers.

There are four engines that can be found pulling duty in the Subaru Impreza:

There is no real benefit to upgrading the exhaust on a naturally-aspirated Impreza. However, the extra horses and amazing boxer four-cylinder howl that can be produced from a well-tuned WRX or WRX STI exhaust system is well worth the expensive of aftermarket parts. When given the front to back exhaust treatment, these turbocharged sedans and wagons are true forces to be reckoned with on the drag strip, on the track and on snow-capped gravel roads.

Most of the usual suspects from the Pacific performance world are present and accounted for when it comes to providing options for the Subaru WRX and STI. Although catback systems are popular, free-flowing cats, headers and down pipes really make a big difference in terms of helping to squeeze the most juice out of the small displacement turbo engines found in these vehicles.

1. Go easy on the boost. If you start to get too aggressive with your turbo boost settings, you could find yourself quickly frying O2 sensors and clogging catalytic converters. Make sure your exhaust components match your power production goals before being let down by the weakest link in your system.

2. Front to back for maximum success. A turbocharged car like the Impreza deserves a full down pipe, headers, performance cat and mandrel-bent piping solution. Replacing the stock muffler will gain you a few ponies, but a tuned exhaust solution that takes everything into account is the right way to go.

3. Beware highway drone. It’s well worth it to take the time to properly match exhaust components so you don’t end up with a system in your Impreza that shakes your fillings while cruising at 70-mph.