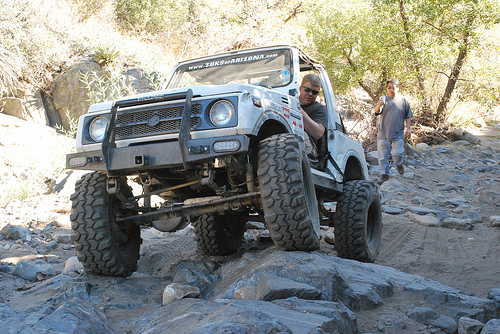 First, let’s talk about vehicles that are capable of crawling over rocks. If you want to build one, you need:

The funny thing is, a lot of the items on the list above are needed to make a great desert racer too. The only difference – desert racers – like this Camburg Racing Baja Toyota Tundra – 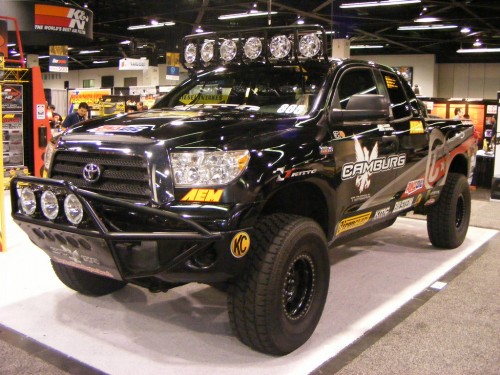 are built for speed first and rocks second. Rock crawlers aren’t really fast – some of them can’t break 40mph safely – but they’re great at climbing trails.

The deal with the King of The Hammers race is that they’re pitting rock crawlers against desert racers…and then they’re running them over a course that contains both large expanses of desert AND technical trails. The best racer has to be durable enough to complete the race + capable of climbing rocks + fast enough to hang in the desert “straightaways.”

Sounds cool, eh? How smart is DynoMax to become a sponsor?

MONROE, MI., Jan. 6, 2011 – DynoMax® Performance Exhaust – a leading innovator in performance exhaust technologies – has announced the sponsorship of the ultimate desert racing series, King of the Hammers. DynoMax also will sponsor the Shannon Campbell and Team Campbell racing program, including their races in the Ultra4 series and Best in the… Read the full article…