Long gone are the days when having four-wheel drive meant that you had to make do with a Land Rover or a Jeep. Whilst this gave you a fair amount of extra power, it wouldn’t do your street credit any favours. Now, the speed demons amongst us can get a four-wheel drive system in a sleek and powerful high-performance car, and so long as your wallet is fat enough you can have the ultimate ride. As can be expected from a high-performance car, nothing will be cheap, from the car itself to the car insurance. Here are some of the best high performance four-wheel drives on the market right now.

The most affordable high-performance car on this list, the WRX still packs a fair punch. With a 2.5 litre 16V turbo engine you’ll be zipping through the streets, but Subaru’s standard all-wheel drive means that there won’t be much of a problem in controlling the car (even when you are thrown back in your seat by the sheer force of it). As a wagon, the Impreza WRX is a slightly more practical car than the other, more executive cars on this list. A decently priced performance car that you can use to run around town, not to mention that you do some serious performance tuning on this car (lots of exhaust systems for the Impreza, not to mention downpipes, tuners, etc.) 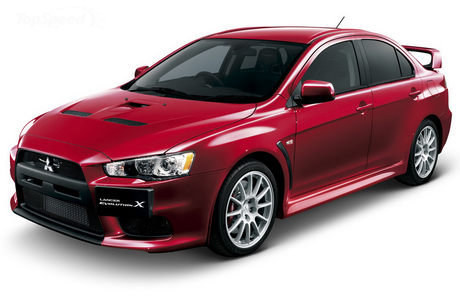 The Mitsubishi Lancer Evolution X, or Evo X to its friends, is a super-saloon that has within it the blood of a rally car. It has a 2.0 litre, 16-valve Turbo engine that’ll rocket you from 0-60mph in 3.8 seconds (on the Top Gear track, at least), and with its Super All Wheel Control you’ve got control over the power and torque in each wheel. This gives you the balance between sheer power and good handling, so you’ll still feel in control even when you are hurtling around a corner at Mach-3. The Evo X has far better handling and feedback than the Impreza, and looks every bit the performance car that it is. 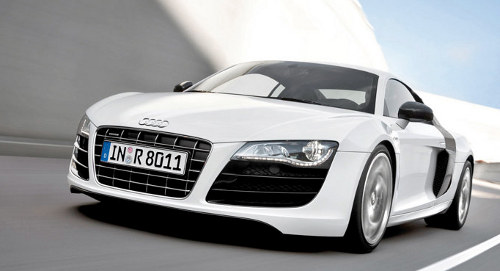 The fact that the Audi R8 is also the name of a professional race car should be a clue to the power that this beast has. A 4.2 litre mid-mounted V8 engine makes it the fastest production Audi, with a top-speed of 187mph. The Quattro permanent four-wheel drive system gives you a better grip while notching up the revs, allowing for far better handling on the road. The mid-mounted engine grants more of a balance between the front and rear axles, and the refined design of the R8 means that you could comfortably reach those higher speeds without the car screaming in protest.

Whatever your budget, there is a performance car to suit your needs, and with their four-wheel drive kit thrown in you can be sure of a decent ride, even at full pelt. The only challenge is finding an opportunity to test their full potential.

This article was written by Jamie Gibbs at Confused.com – provider of 4×4 car insurance.